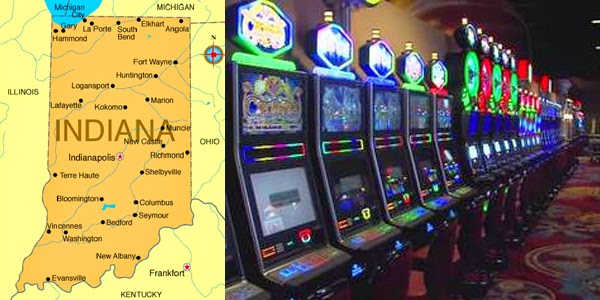 Indiana lawmakers are trying to find ways to revive the state’s gambling industry, but they won’t support an expansion.

For a long time now, the gambling industry in Indiana has been pushing to bring the state’s riverboat casinos on land. They’ve also been trying to convince local authorities to allow them to add more table games and even American poker rooms to the two local horse-racing tracks. So far, they haven’t had much success.

Republican Governor Mike Pence said he refuses to support an expansion of the market, but he declined to say what that means. Now the future of Indiana’s gambling market depends on how lawmakers define this “expansion”.

In an interview with local gambling news, Pence told reporters that he is concerned about the industry’s plans to move casino operations from riverboats to land-based venues, and to introduce portable gambling devices. A while back, Pence said he supports keeping Indiana’s gambling options, but now he seems to have changed his mind. This is the first time the governor has actively asked officials oppose the industry’s expansion.

Supporters of the idea claim these measures are necessary to keep up with the competition. They also argue that this does not constitute as an expansion of gambling in the state. Before 2012, Indiana was among the nation’s most profitable gambling states. Since then, it has dropped from third place to fourth, but even so there is a lot of money to be made here. Generating $500 million in charitable gaming, and another $2.6 billion in casino profits, companies are well aware of the local market’s potential.

But with increasing competition from neighboring states, Indiana might not be able to hold that position for much longer. Legislation before the Indiana General Assembly is an attempt to help boost local growth, by asking lawmakers to allow the racinos in Anderson and Shelbyville to add gaming tables. Diversifying the current offer is the only way the industry can survive, experts say.

In a hearing held last week, House Public Policy Chairman Tom Dermody warned his colleagues that they ought to decide what they consider an expansion to be, before launching into the 2015 legislative session in January.

“I believe the goal has to be to recommend something leading into session and be able to justify why it is not an expansion of gaming,” Dermody said.

On the other hand, Pence continues to be vague in his request not to allow the gambling industry to “expand”.

“I’ve made it very clear from the beginning that gaming is a reality in the state of Indiana. It’s never been the intention of my administration to promote policies that either expand or contract gaming in our state,” he said. “But I’m going to make it very clear to legislators that our administration will not support any expansion of gaming in the state of Indiana.”

It is still unclear whether the governor would be willing to support allowing racetracks to add gambling tables, or allowing casinos to be established on land. In 2013, however, he did support a legislative compromise allowing casinos to deduct up to $5 million from the amount paid on admission taxes.

Expansion is the key

In 1993, American gambling laws officially introduced riverboat casinos in the state of Indiana. Since then, local lawmakers have periodically reduced limits imposed on their operations, allowing business to grow.

As of 2002, riverboats these ships were no longer required to cruise the Ohio River and Lake Michigan anymore, and in 2003 the state allowed developers to build a casino in French Lick. Slot machines were legalized and introduced at the racetracks in 2008, and after that the state gaming commission approved electronic table games, so local gamblers have plenty of options.

While acknowledging that Indiana’s gaming industry kept expanding over the years, Rep. Matt Lehman remembers how casino companies have always come up with explanations for each expansion. “‘We’re going to move them to the dock, that’s not an expansion of gambling.’ ‘Well, we’re going to move them on land, that’s not an expansion, we’re just moving them on land,’” he paraphrased industry leaders.

Since neighboring states added slots and casino games, Indiana’s revenue has plummeted. Momentum has been building for some sort of expansion, as the local gambling market needs a boost. Politicians also like to point out that in addition to tax money, racinos bring well-paid jobs.

So regardless of what Indiana’s lawmakers decide next year, the local gambling market needs to keep up with the competition, and this can only be achieved through an expansion of the local industry.